Many years of experience in quality management, in various foundry processes and in the sale of the foundry and automotive supply industry make us for your competent partner in these corporate issues. 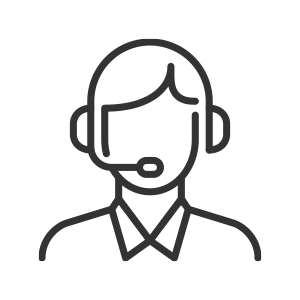 We are happy to represent you on site at the OEM. Should the quality not meet the desired requirements, we also offer rework solutions.

Today customers expect quality. The demands in the automotive industry or other industries are very high. An external audit or consultation often makes sense in order not to overload your own resources.

We will be happy to advise you on all quality matters. From short-term individual measures to long-term projects, from small and medium-sized businesses to large corporations: We stand for holistic and sustainable solutions from A to Z.

In today’s world, a company has to adapt more and more quickly to its environment. In order to survive in this dynamic change, constant changes must take place in order to act successfully in the future. We can provide you with targeted support. 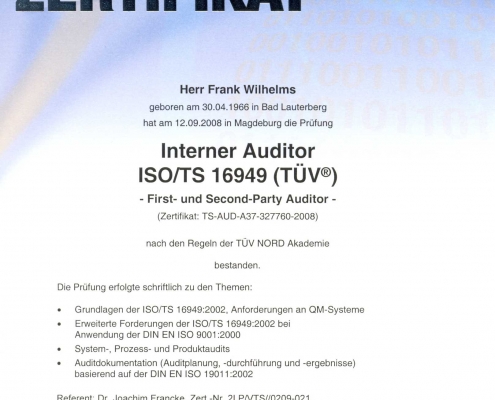 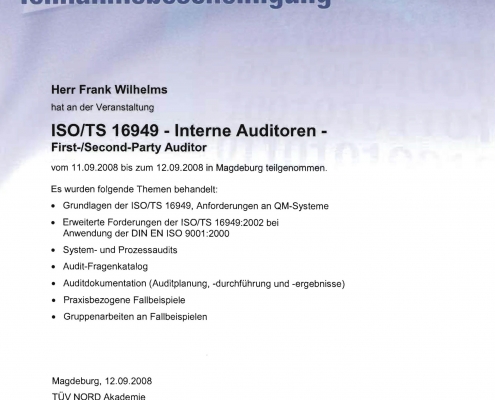 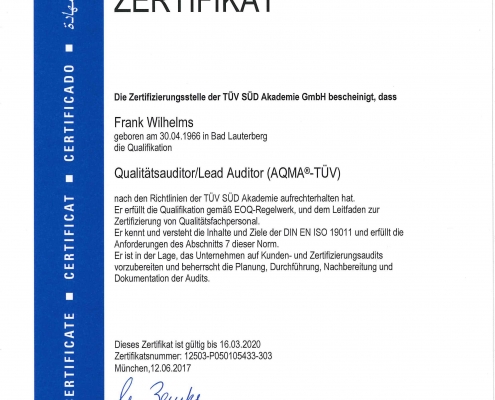 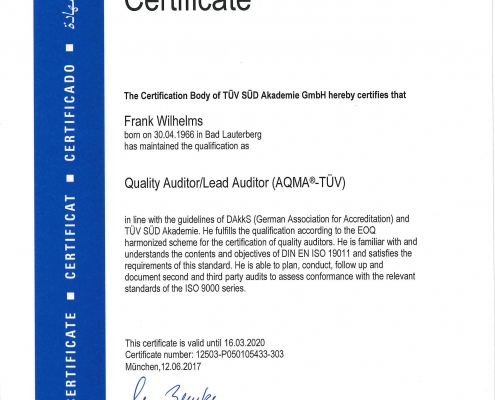 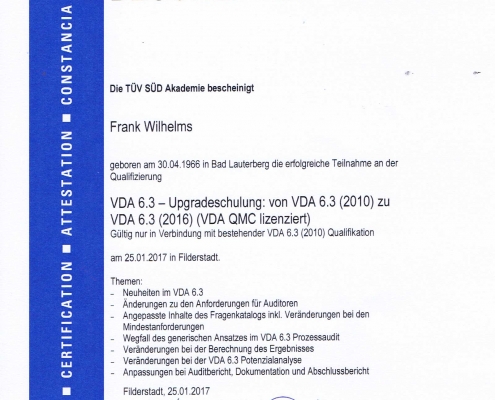 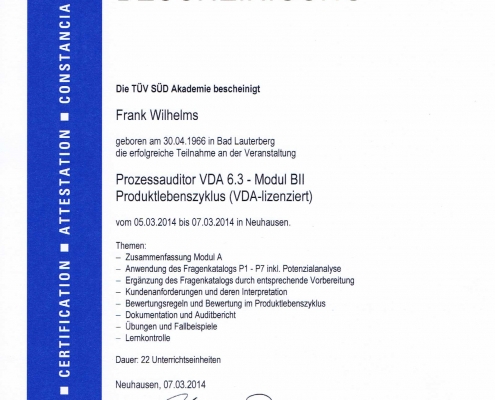 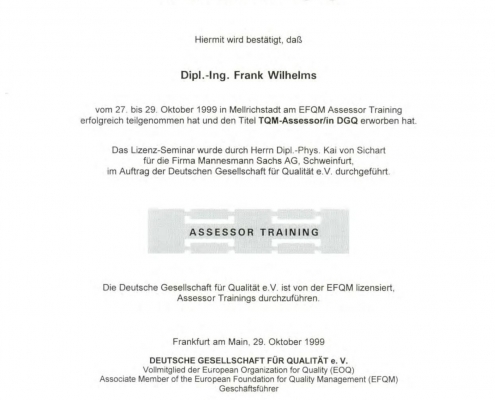 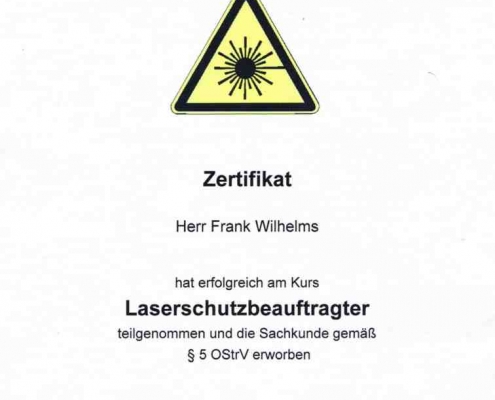 QM representative for the Huppert Group / PMD.
QM consulting and audits on behalf of HE suppliers. Advice on casting development for Daimler and its suppliers.

Huppert Engineering has its own series products and prototypes: Design of complete QM processes from QM planning FMEA, sampling, documentation of processes in production to complaints processing, support of subcontractors (foundries, processors, assembly).

My tasks included supplier promotion and auditing, support of the development department, introduction of preventive maintenance (TPM) according to the Toyota production system, improvement of the management system (EFQM model with VDA 6.1 + QS 9000).

Management responsibility for 55 employees (including 2 engineers and 8 foremen) of approx. 900 employees at the site.

Lectures on EFQM and Kaizen (events by Macils, Bayern Innovativ, Uni Duisburg, Uni Regensburg) as Vaillant was awarded the Ludwig Erhard Prize due to its achieved quality standards.

At Vaillant, the diesel high-pressure pumps were installed for VDO at the time.

The clean room assembly with high accuracy requirements and functional testing could be successfully evaluated after the first ½ year in the run-up with a large number of 1500 pumps/day with a total complaint rate of only 79 ppm. Here the positive motivation and the high level of training of the employees paid off.

Today, the division has grown strongly and has its own plant at Continental Automotive – Powertrain.

The die casting foundry with mechanical processing and tool making was known in recent years as PDR Präzisions Druckguss Roding and was recently sold to the Schweizer Group.

My tasks included the optimization and auditing of processes, improvement of the QM system (QS 9000 and VDA 6.1) to an integrated management system (quality, environment, AS) including TS 16949 and DIN ISO 9001:2000, EMAS, DIN ISO 14001, supplier promotion and auditing, support in the development of new castings. Introduction of BDE, CAQ and SPC to control processes. Cooperation in the committee “Environmental Policy” of the German Foundry Association. Lectures on QM at Sachs (Euroguss). Management responsibility for 21 employees (including 2 engineers and 4 foremen).

Today it is the foundry: Frankenguss

Conversion and certification of the QM system according to VDA 6.1 and QS 9000. Process and sequence optimisation in production and development.

Project orders for the introduction of a new central EDP with CAQ, PPS, BDE.
Audits of suppliers and processing in the AEK plant Herzberg.
Intensive support of English customers (Cummins).

Head of Quality Planning at the new Schubert & Salzer plant in Leipzig (from 01.1995 Georg Fischer GmbH).

Article in the “Giesserei” trade journal on certification.

Dipl.-Ing. in the field of quality management.
Car and commercial vehicle supplier of prefabricated cast iron and investment castings.

Responsible for the development of the quality assurance manual for the iron foundry Schubert & Salzer GmbH in Ingolstadt.

The plant was completely relocated. The large casting was moved to Leipzig and later sold to +GF+. The iron series casting went to today’s Erla ironworks and the investment casting to Lobenstein. Only the administration and control systems still exist at the Ingolstadt site.

The old foundry next to the castle was demolished. Here is the TV report about the move from Ingolstadt to Leipzig as a TV recording.

At that time I had to provide the TV team with background information.

At that time the factory belonged to the Hoesch Group, together with Hundhausen.

Production process analysis of the plants and processes for possible errors and process fluctuations. Elaboration of the necessary investments to be able to manufacture safety vehicle components (truck brake levers) in a process-safe manner.

Unfortunately, the investment requirements determined by me and the necessary process improvement measures led to the decision to liquidate the plant in Werdohl and to relocate production to Schwerte. Only the casting furnace proposed by me was purchased for the remaining production year 1993 and later relocated to Schwerte.

Student assistant in the field of EDP (CAD, FEM)

We were still mainly housed in the university building in Bismarkstraße.

Our most important professors were:

Worked as a model carpenter for the company Wohlenberg. Foundry model construction in wood and plastic with attached large part hand mould foundry for paper cutting machines and large lathes.

The models were made of wood in module/segment construction or polystyrene and moulded for casting.

From simple paper cutting machines to complex bookbinding systems, everything was produced here in small batches, from design to service.
Here in model making we have produced wooden models for the machine carrier frames, mechanics and GRP moulds for the cladding ourselves. 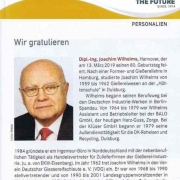 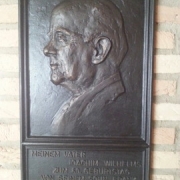 1979 to 2003 working as sales and consulting engineer with own engineering office since 1984 in Northern Germany for the following companies: 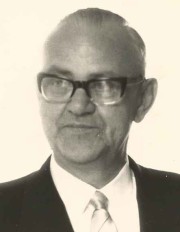 1928 – 1931 Study of foundry technology at the Hüttenschule Duisburg

1924 – 1930 Apprenticeship and work at the Prince Stollberg Ironworks Ilsenburg 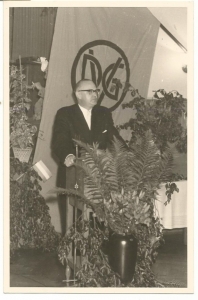 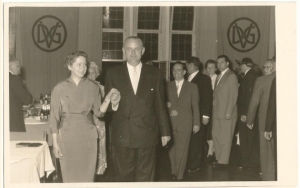 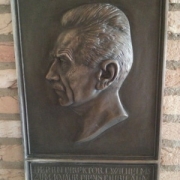 The Fürst-Stolberg-Hütte was world-famous for its iron art casting. At the end of the 19th century it took part in many national and international exhibitions and achieved gold and silver medals with its products.

Great artists such as Albrecht Dürer, Karl-Friederich Schinkel, Alphons Mucha, Albin Müller, G. Wechter, Thorwaldsen, Labenwolf, Cellini, Petrucci, Holbein, Ferdinand Schneevoigt, Hermann Hase, Henning from Florence, Eduard Schott, Walter Schott, Modellschneider Ronnung (kiln plates of the 16th century), and the famous “Ofenplatten” (kiln plates of the 16th century) were among the most famous, Masters of the Queen of Saba) created models for the hut or their works were used by the modelers of the hut as models for faithful iron art casting models.

This anniversary portrait was made by Otto Wilhelms.

As the last monarch, King Fuad of Egypt visited the iron foundry in 1929.

After the war 1914 – 1918 the foundry passed into the hands of the Magdeburger machine tool factory in Magdeburg and was bought back in 1925 by the princes of Stolberg Wernigerode and again led as “Fürst-Stolberg-Hütte”. At that time the production of diesel locomotives, cranes etc. was started. In 1930 the Krupp Gruson Werke in Magdeburg became the owner of the Fürst Stolberg Hütte.

During the Second World War the hut produced war material for other companies with about 700 employees and was therefore confiscated and expropriated in the course of the later Soviet occupation.

After the end of World War II, the Fürst Stolberg Hütte was nationalized, renamed Ilsewerk and produced exclusively industrial castings as a branch of the SKET Schwermaschinenbau Kombinates Ernst Thälmann.

In 1993 the company was privatised under the traditional name “Fürst-Stolberg-Hütte” with a return to art casting until its closure by insolvency in 2012. 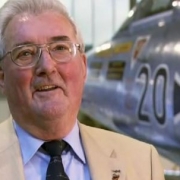